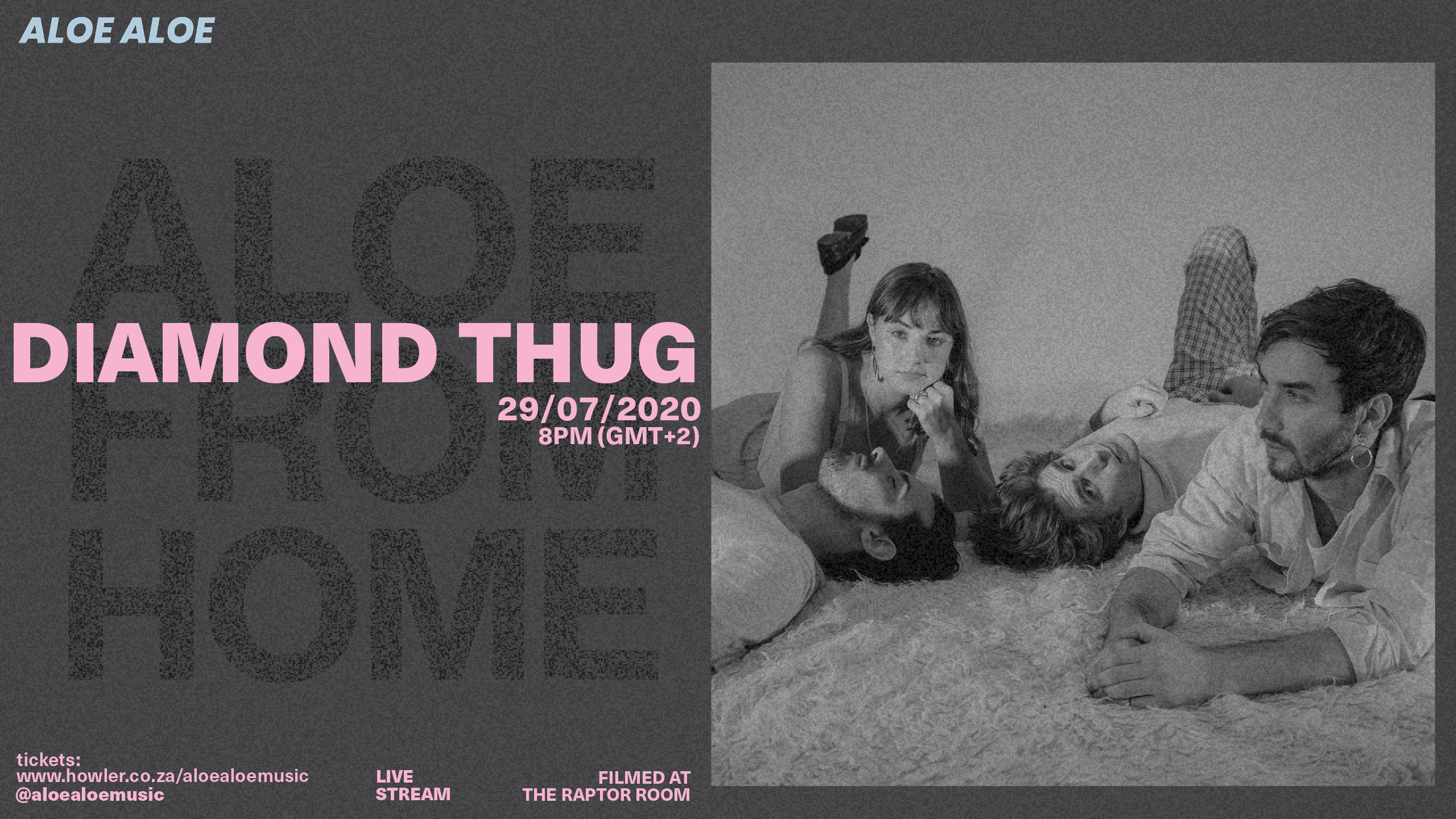 Aloe From Home with Diamond Thug

A series of weekly ticketed/contribution online live performances from a diverse array of musicians and DJs.

Performing LIVE from the comfort of a homely space.

Aloe From Home was conceived when COVID-19 decided to tour SA in March 2020...

In light of these evolving times we have created a space for the scene-shaping, genre-bending, independent musician to perform live on digital broadcast platforms.

From a basement in Kommetjie, a small surf town on the southern tip of Africa, to stages across the world, Diamond Thug has quickly become one of South Africa’s most prominent Independent acts.

Like the birth of the universe, the band converged through chance events seemingly destined by fate amongst life’s chaos. Their music floats in a space between traditionally defined genres. Described by Indie Shuffle as ‘Space-Age Folk-Rock’, the band merge elements of

“Their music can move you, excite you and perhaps even - dare I say it - inspire you.” - The Huffington Post

“As flawless vocals glide over soaring guitar riffs and electronic melodies, the track has clearly been created for lazy summer evenings and dancing under festival sunsets.” – Wonderland

Join us for a fantastic show experience, from the comfort of your home.

If you would like to be a part of this show but don't have the finances, do please send us a message. We have a few FREE tickets available. We want to open up this experience to everyone.

A portion of sales & contributions will go to an Organization/Charity of the artists choice.

We stand for diversity and equality.Intolerance will not be tolerated.This is a safe space. An inclusive and welcoming ethos is an all round request.