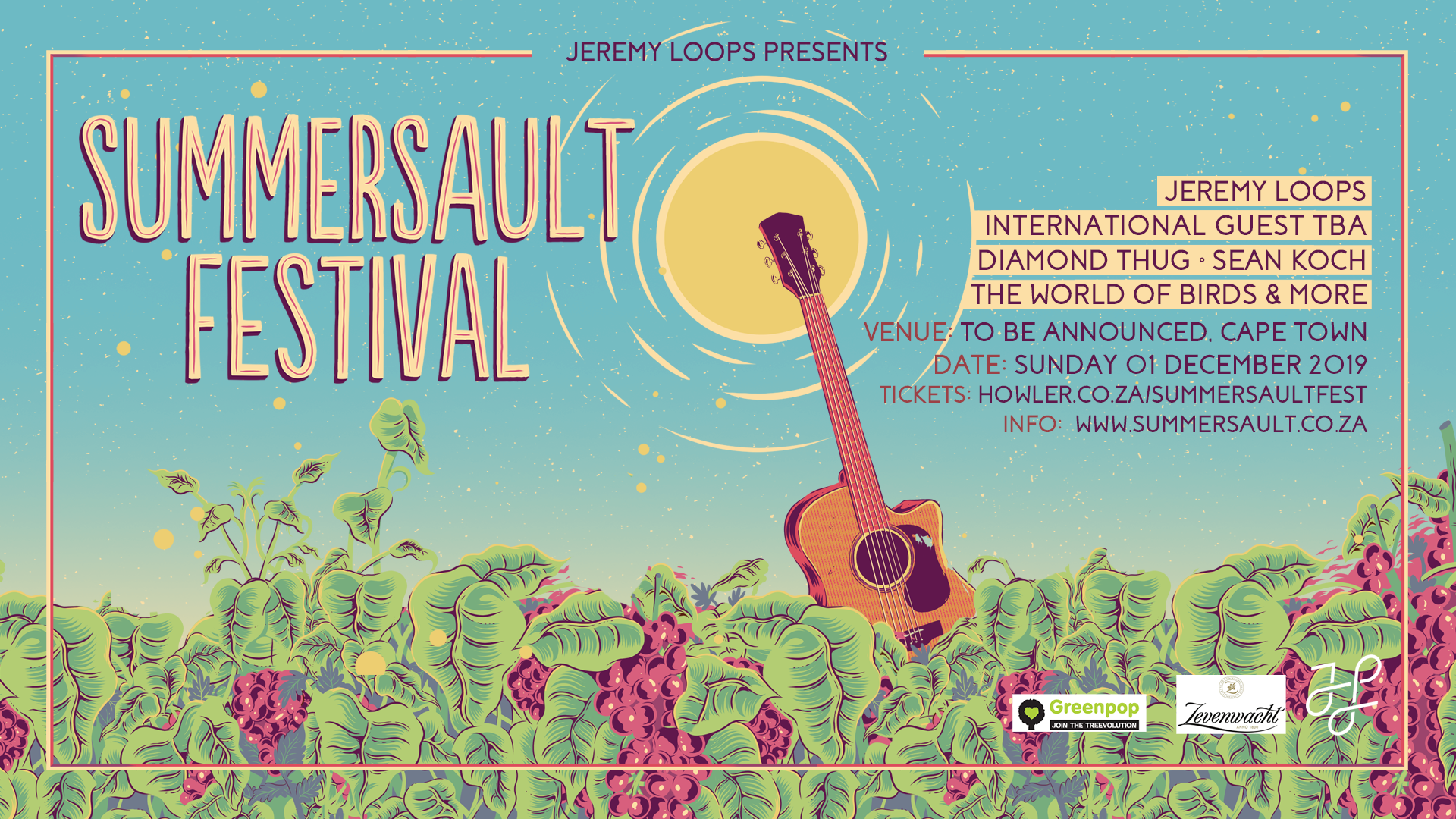 After almost five months on the road touring the globe, modern folk hitmaker, Jeremy Loops returns home to present his debut Summersault Festival this April in the Mother City.

Jeremy jumped at the opportunity to create his own festival and bring some of his friends from around the world together on stage at a one-day festival in his home town. Through his travels and tour locations, Jeremy has had the privilege of meeting some incredible artists along the way, and his interaction with Australian folk, rock and blues artist Kim Churchill was one that had a lasting effect, which he wanted fellow South Africans in on this signature talent.

Garnering international support and working with some of the industry’s biggest names, Jeremy rounds off the acclaimed Levitation Tour by bringing together an array of top talent for a one-day music celebration. A move to connect fellow international musicians and a SA audience on a local stage.

‘I’m incredibly excited to introduce Summersault Festival, our first Jeremy Loops music festival. It's in our DNA, really. In our early days in Cape Town, we used to host our own parties just to have a platform to perform on, and later when we began playing festivals, and as I’ve toured the globe doing so recently, I've always obsessed about lineups, design, and how I'd tweak a festival if it was my own. Well, the time has arrived and so here we are!’, says Jeremy Loops.