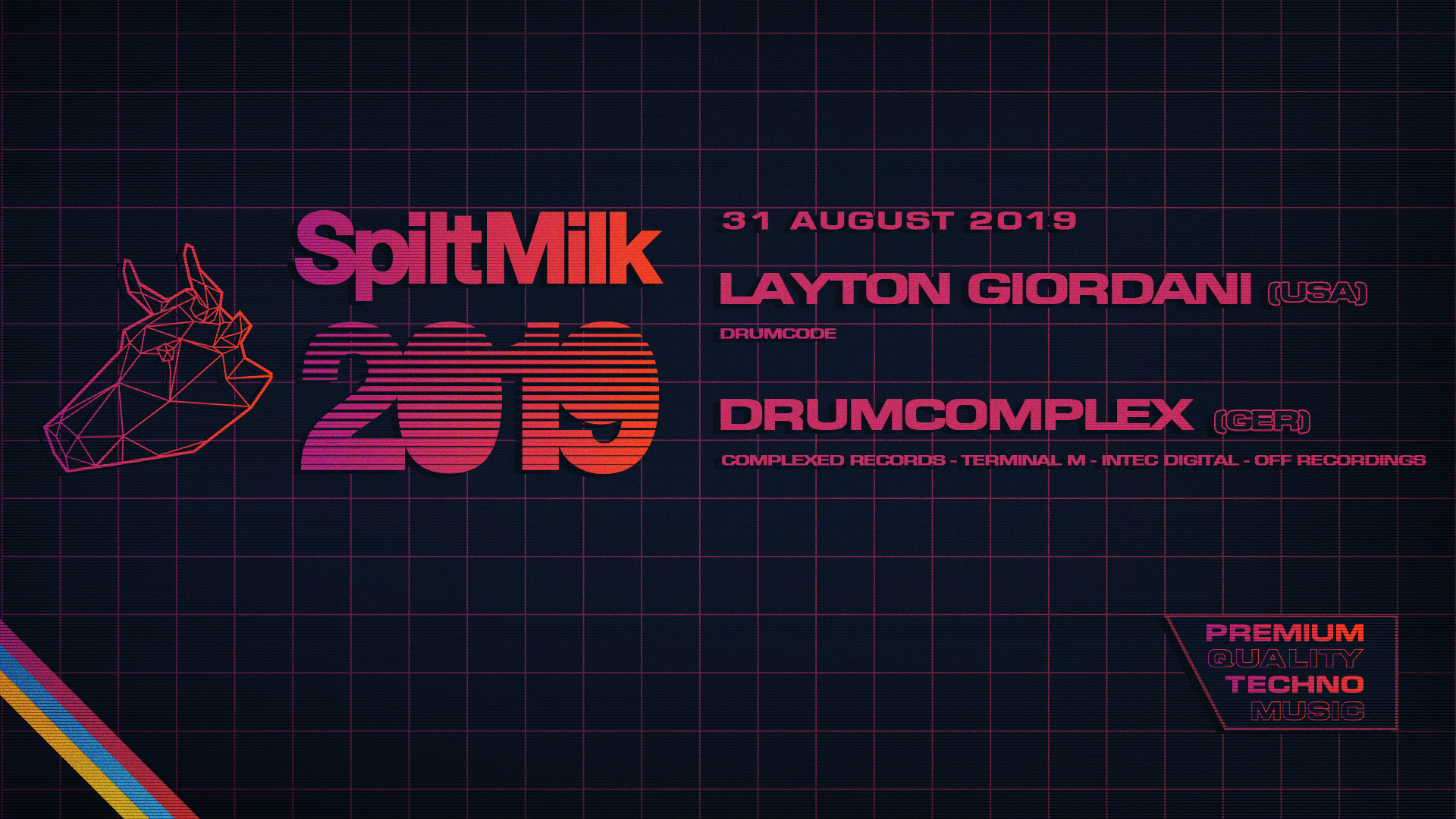 SpiltMilk was founded in 2015 as the original Techno festival in Cape Town. It was born from a small idea which then grew up and evolved through a rebellious adolescence into a timeless and powerful expression of dance music culture in South Africa. This is mirrored by the evolution of the music curated by our festival over the years.

This years festival will be headlined by two international artists. An accomplished veteran and a formidable prodigy will take centre stage for two highly anticipated performances:

Work-sharing is not uncommon with Techno duos. On the contrary, it is the rule rather than the exception. German born Arnd Reichow and his brother Daniel have created some of the most powerful techno music globally. Drumcomplex has a back catalogue that includes contributions to Carl Cox’s Intec, Andre Crom’s OFF Recordings, Traum, Bush, and his own Complexed Records. Arnd is the performing face of the duo with over 20 years experience and will be representing the duo at SpiltMilk 2019.

The young prodigy has become an imprint on the Techno industry, as we know it. His big break was with his collaborative release “Careless Suggestions” on Phobiq in 2014. He was later signed to Drumcode where he released his full LP “Where it Begins” in 2017 under the mentorship and tutelage of Adam Beyer himself.

Toward the end of 2018 he released a collaborative EP “Space Date” together with Adam Beyer and Green Velvet. Layton Giordani is a prolific producer who consistently delivers massive releases.

Layton has performed on some of the biggest festival stages around the world and the 2019 European summer season will be no different. He will arrive at SpiltMilk 2019 fresh off his performance at Drumcode festival in August.

In 2018 we pioneered our innovative PlusOne ticketing system. The aim was to include more people previously excluded by the price of festival tickets. It gives us great pleasure to announce that we will again be offering PlusOne tickets during Loyalty & Phase One tiers and will NOT be increasing ticket prices at all.

When purchasing a ticket (During Loyalty & Phase One) you will receive an additional “PlusOne” ticket at no extra cost.

At the time of purchase the ticket purchaser will select and receive their ticket as usual.

At the same time you will be prompted to specify the details of the PlusOne ticket holder. Both the main purchasers ticket and the additional PlusOne must be registered at the time of purchase. This cannot be changed subsequently. The main ticket purchaser cannot be registered as the PlusOne and visa versa. Because of the discounted nature of the tickets these tickets cannot be transferred at any time.

This PlusOne ticket will be registered to your PlusOne. Their name will appear on the ticket and they must present identification at the gate in order to be granted access. NO I.D NO ENTRY. The same applies to the loyalty and phase one ticket. Tickets are NOT transferable and there are NO exceptions. PlusOne tickets may only be available on certain ticket phases. This is at the event organisers discretion and subject to change without notice. Attendees must be over 18 years of age on 31 August 2019.