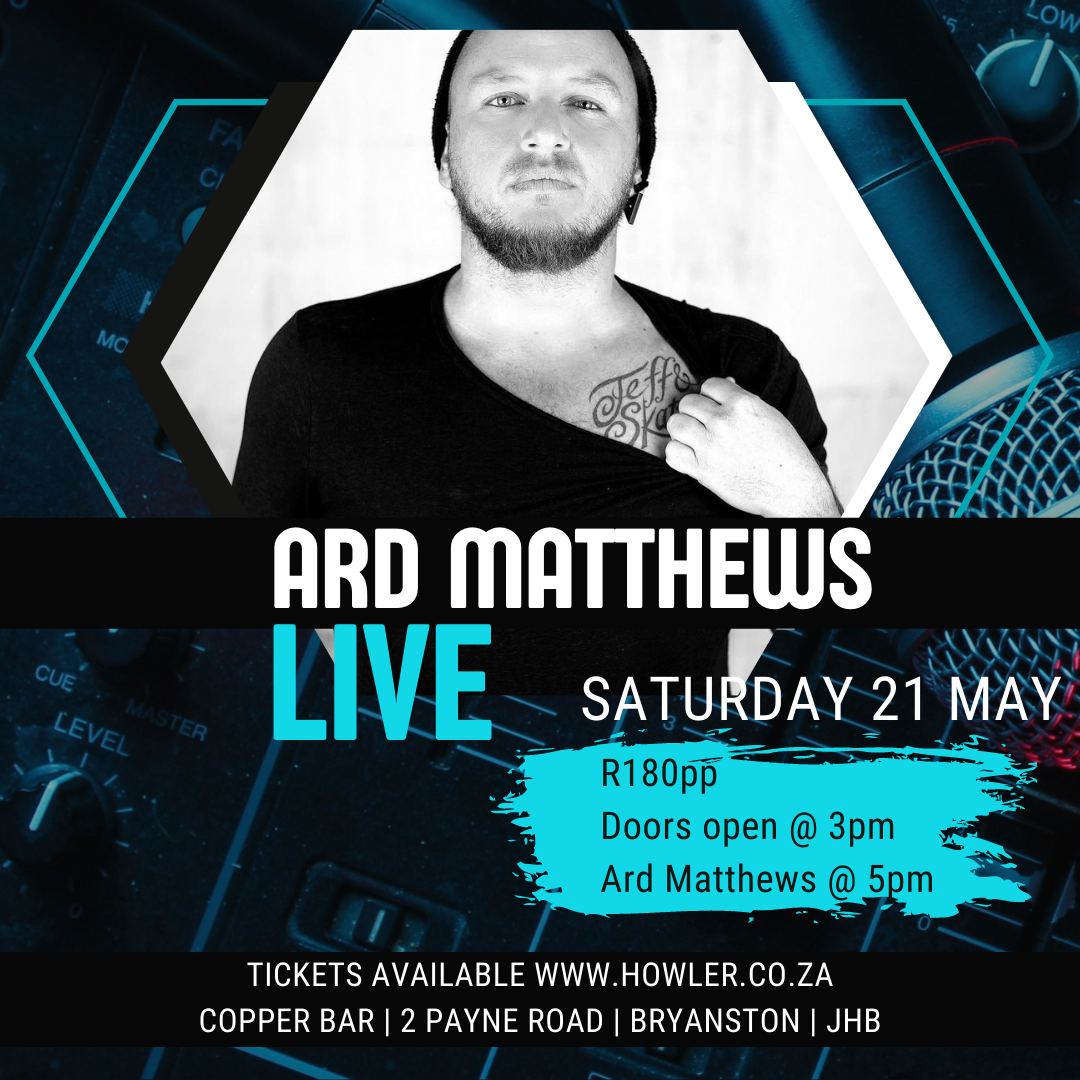 Ard Matthews known as one of South Africa’s most prized singers, songwriters & award winning artists is a beloved household name & personality. Having broken into the music scene with his distinctive sultry voice as frontman of iconic rock band Just Jinjer in the 90’s who soared from height to height with their hits ‘What He Means’, ‘Shallow Waters’ and ‘She Knows’ to name a few. The band have headlined some of SA’s biggest festivals over the past two decades and have performed at some of the most legendary music venues across the United States.

Matthew’s embarked on a solo career, launching his debut solo album in 2012 and his second studio album ‘Impossible Machines’ in 2017. Matthew’s continues to frontman Just Jinjer and regularly touring in a solo capacity, showcasing his indelible lyrics, ballads and melody. These solo shows leave the audience feeling like friends of Matthew’s as they are taken on a journey through his story telling and opening up about who he is stripped from the status of an artist, leaving individuals in awe of not only the musician that he is but the personality which truly makes him a national treasure.

Venue will close late after the show with a DJ.

ALL EVENTS BY THIS ORGANISER
Copper Bar