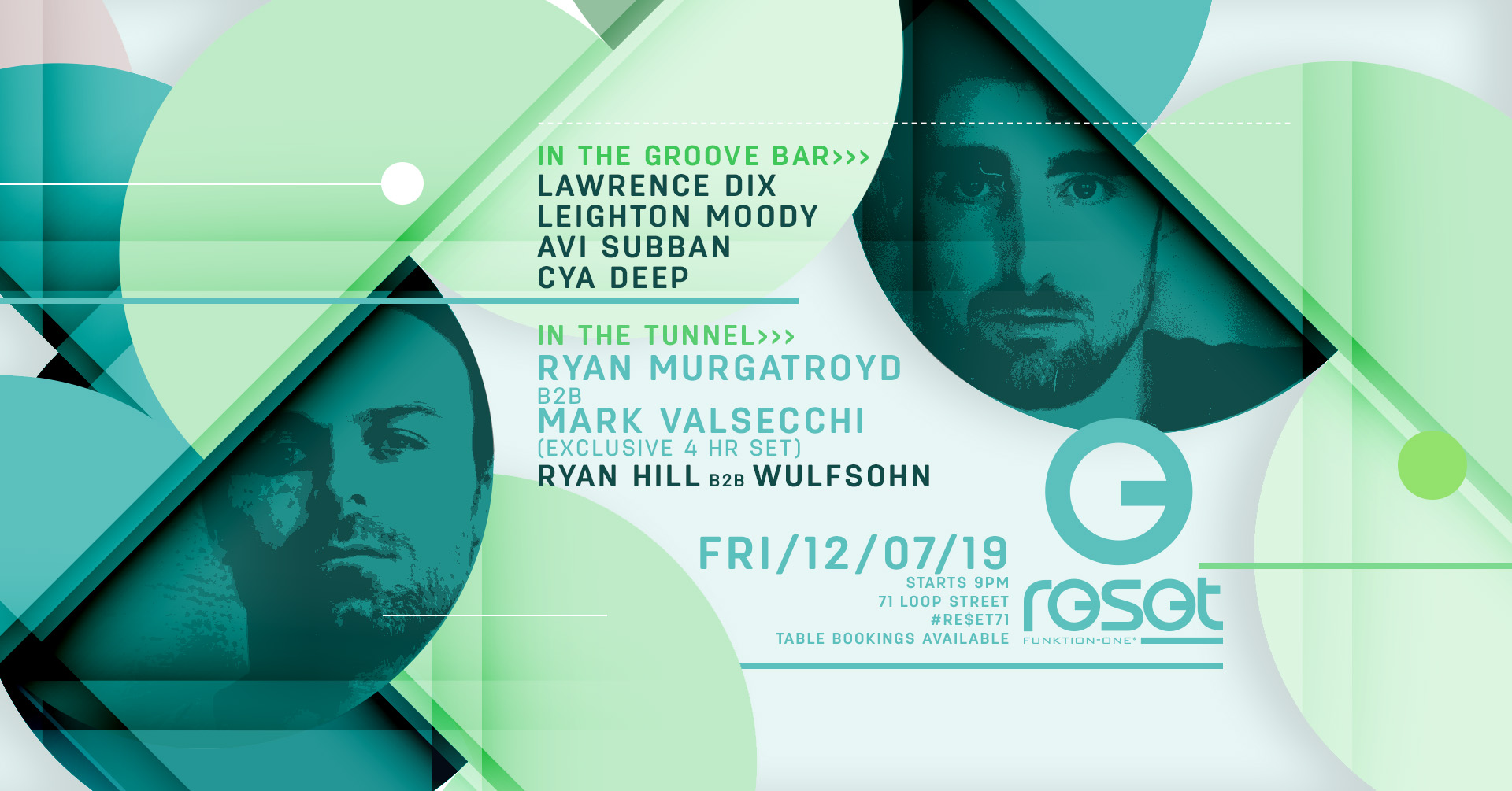 Combining their mysterious powers for a very special marathon live set, our two headliners will leave a tapestry of emotive electronica that will build its way slowly and incrementally through deep house into melodic and progressive techno

In 2004 Ryan rose to global prominence when his first ever release, Funk Country, was awarded the accolade of BBC Radio 1's 'Essential New Tune'. Shortly after this, Toolroom Records confirmed the signing of another of his singles, 'Music Makes Me Feel' which gained a lot of attention locally and abroad. Despite this newly founded success, Ryan shifted his focus from Europe and devoted his efforts towards his South African projects, including the creation of a chart-topping alias Crazy White Boy and a string of successful music education ventures.

A decade later, Ryan re-embarked into the European music scene with his release 'Bantwanas Piano' on Simon Dunmore's Defected Records. With it's success, DJ Mag dubbed the release "a towering achievement in the landscape of modern house music". Shortly thereafter, Ryan found a home at Berlin powerhouse Get Physical Music, where his Ikalimba EP was championed by a plethora of superstar DJs, including Solomun, Adriatique, and many others. These successes lead to him featuring on the coveted Boiler Room lineup in Amsterdam, at the annual ADE conference alongside his friend and countryman Black Coffee. Following this, Ryan was invited to join Black Coffee for his first season at the prestigious Hi Ibiza, and supporting his South African residency at Shimmy Beach.

Collaborations and remixes for Lane 8, Super Flu, John Monkman, as well as the release of the 'Africa Gets Physical' compilation on Get Physical Music. Recently confirmed at Fusion Festival alongside Artbat and Marcus Meinhardt, Ryan will be returning to Europe to unleash an arsenal of original music and captivating live performance.

After making a name for himself as the mixing engineer of choice for selection of the world's leading electronic music acts and labels. Having worked in Live sound and Professional Studios for upward of 15 Years. Mark Valsecchi has been quietly carving a niche for his razor sharp production style which draws influence from years of onstage performing and post-production editing. As a true innovator with a passion for emerging virtual music-making technologies and classic analogue mixing style bring a new breed of mixing engineer with an ear for manipulating frequencies in a wide array of Electronic Music.

In Addition to this Mark is a seasoned professional DJ, regularly featuring at an extensive list of Electronic Music Festivals and night clubs where he leans toward a Melodic & Progressive Techno flavor.

Table booking must be seated before 23H00

Late guest lists will need to have special arrangements with Reset management.

R.O.A.R. | No Under 18 | No Illegal Substances | No Negative Attitudes

Reset, its management, staff and artists will not be held liable for any loss, damage, injury or death as a result of theft, negligence, violence or act of God. We reserve the right to protect our patrons enforcing strict security measures in order to facilitate a totally safe and inclusive experience. Those who do not respect these rules or the people around them will be dealt with and removed from the venue immediately.