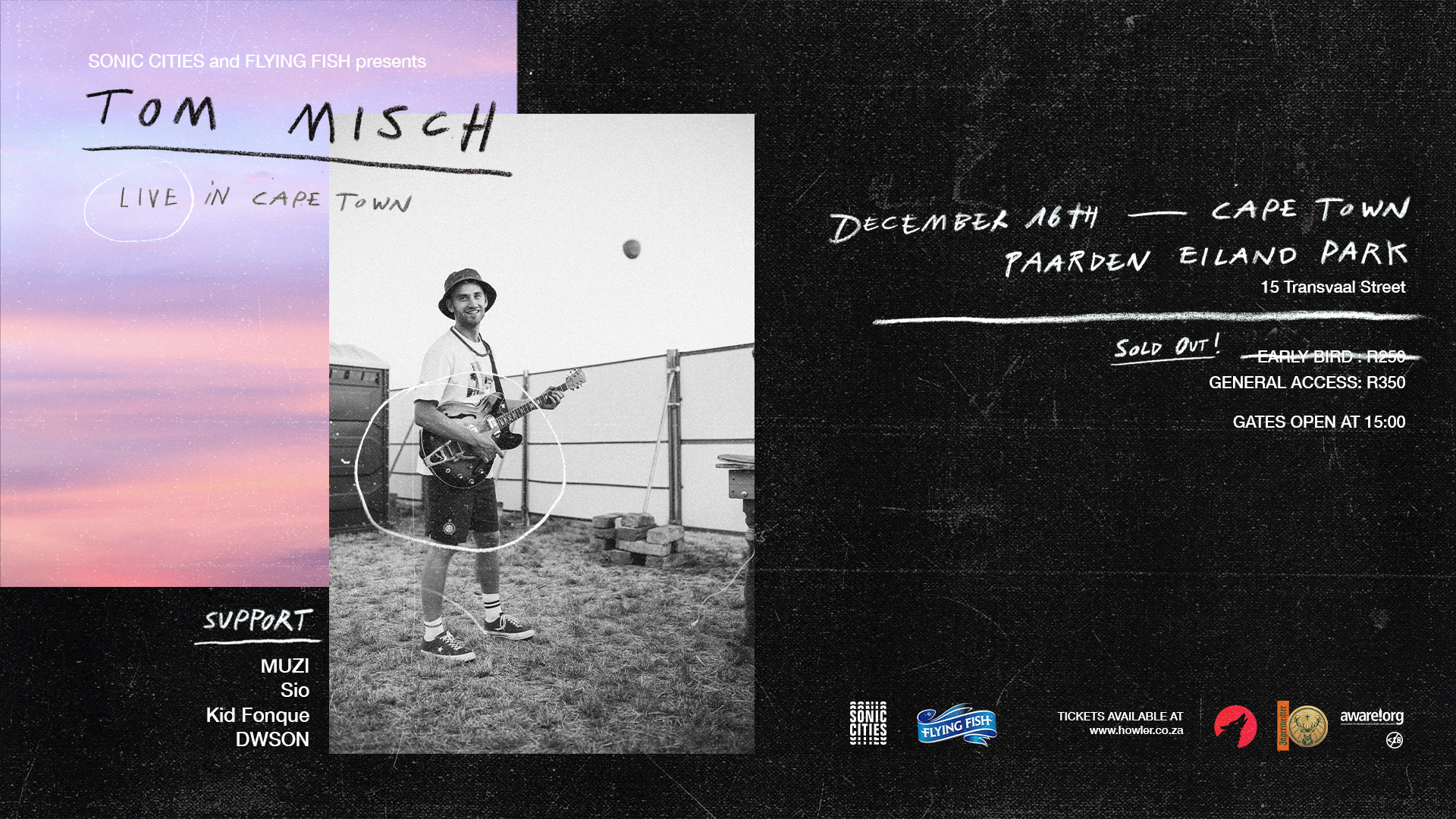 HOSTED AT THE NEWEST VENUE IN TOWN, PAARDEN EILAND PARK

The multi-talented British artist Tom Misch has today officially announced the third leg of his South African tour. He will be headlining the Music Is King festival in Johannesburg and Durban before finally hitting the Cape for a solo performance in the Mother City.

The English musician and producer is an award-winning instrumentalist and collaborator extraordinaire, working with top international talents such as Goldlink, Loyle Carner, Michael Kiwanuka and De La Soul. Hailing from London, Misch has created a beautifully unique sound that allows him to fuse elements of jazz, soul, hip-hop and funk, earning him a huge and diverse fan base. His ground-breaking release Beat Tape II, has been streamed over 200 million times and he has a host of songs over the 30 million stream mark across his extensive catalogue. His debut album 'Geography" was a huge success globally and has taken Tom to even bigger heights.

With his ability to seamlessly move through a myriad of musical genres which has wowed international audiences, this promises to be an electrifying live show.

Tom Misch, commented; "Very excited to be coming back to South Africa! My last tour was some of the craziest shows I’ve played so can’t wait to return.... see yall soon!!"

SONIC CITIES is a groundbreaking collaboration between Beanstalk Productions, Matchbox Live and The Good Times Co , and is the freshest brand hosting top global and local talent across South Africa.

* The event would not be possible without the support of our Super brand partner: Flying Fish.

Age Requirement
No Under 15
What is not allowed?
No coolerboxes, camp chairs, umbrellas etc.
Ticket Refund Policy
View Policy

Age Requirement
No Under 15
What is not allowed?
No coolerboxes, camp chairs, umbrellas etc.
Ticket Refund Policy
View Policy