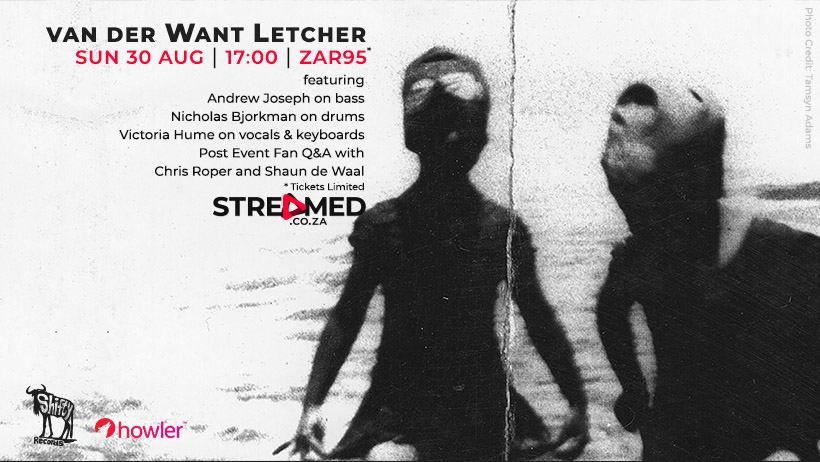 Join us for this fantastic event. Matthew van der Want and Chris Letcher reunite for a special one off show and live album recording featuring Andrew Joseph on bass, Nicholas Bjorkman on drums and Victoria Hume on vocals & keyboards.