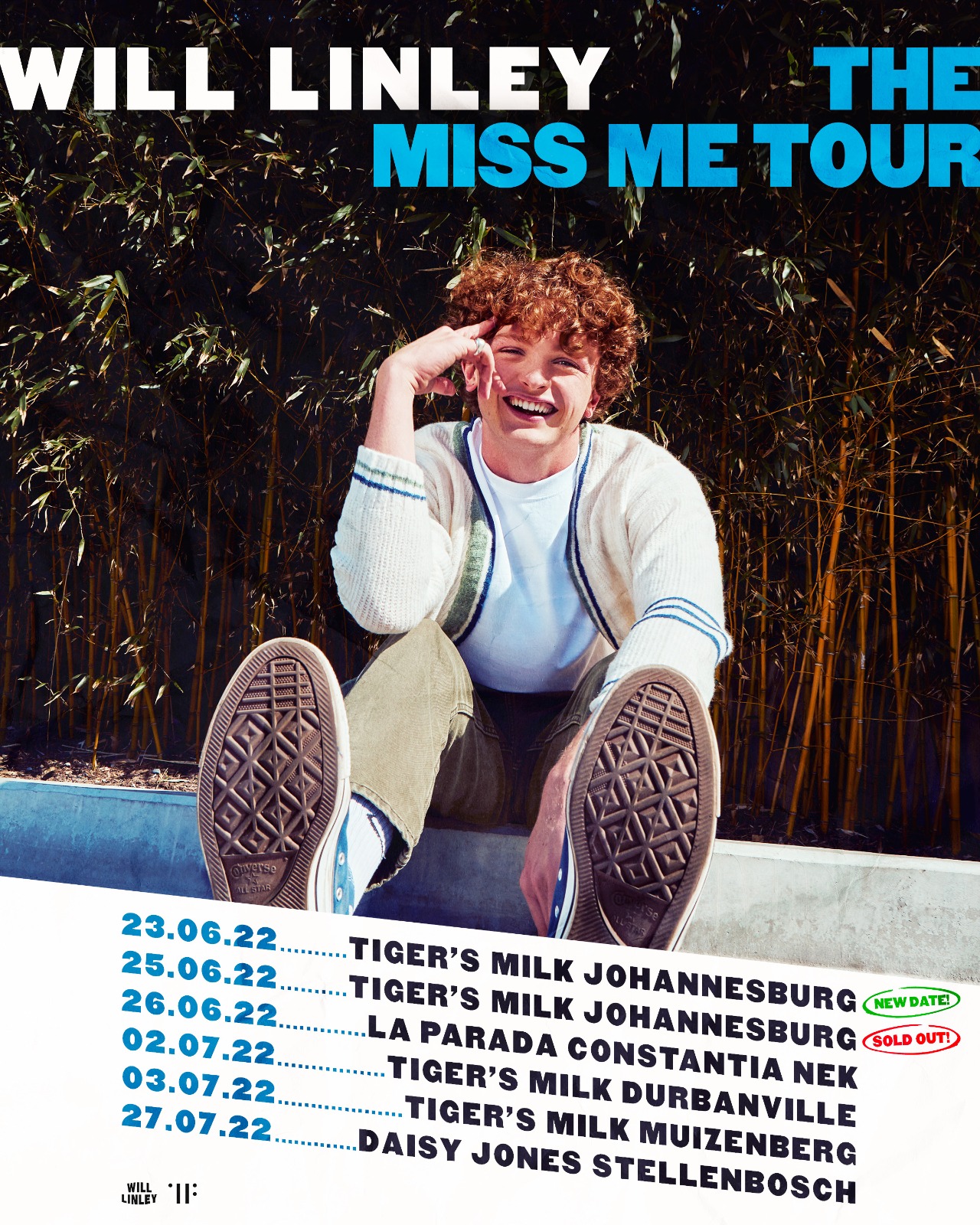 Will Linley RETURNS from the USA for his first LIVE TOUR in South Africa since the smash hit Miss Me (when you're gone) reached #1 chart status across the country.

Join us for these shows:

Tickets (for all Tiger's Milk Shows):

Tickets (for Beats in the Bush)

For Will Linley, a career in music was a distant dream. The 20-year-old musician & songwriter, born & raised in Cape Town, South Africa, can’t remember a time in his life without music.

He grew up singing with his three brothers & his mom & studied classical singing in high school. The singer’s debut single, MISS ME (WHEN YOU’RE GONE), was written last October, inspired by a real-life experience.

The song got traction after Will teased it on TikTok, and he & his producers have refined the emotionally-wrought tune since. Like all of Will’s music, MISS ME (WHEN YOU’RE GONE) evokes a universal connection & uplifting positivity. A phrase commonly used amongst South Africans is ‘We’re stronger together’ & that is something I want to bring through in my music,” WILL notes, “It’s exciting to have the place I call home on display through my art.”

Age Requirement
Over 18's Only
Parking
Parking Available
Prohibited Items
Please do not bring your own alcohol or any weapons, drugs or illegal substances
Ticket Refund Policy
View Policy

Age Requirement
Over 18's Only
Parking
Parking Available
Prohibited Items
Please do not bring your own alcohol or any weapons, drugs or illegal substances
Ticket Refund Policy
View Policy