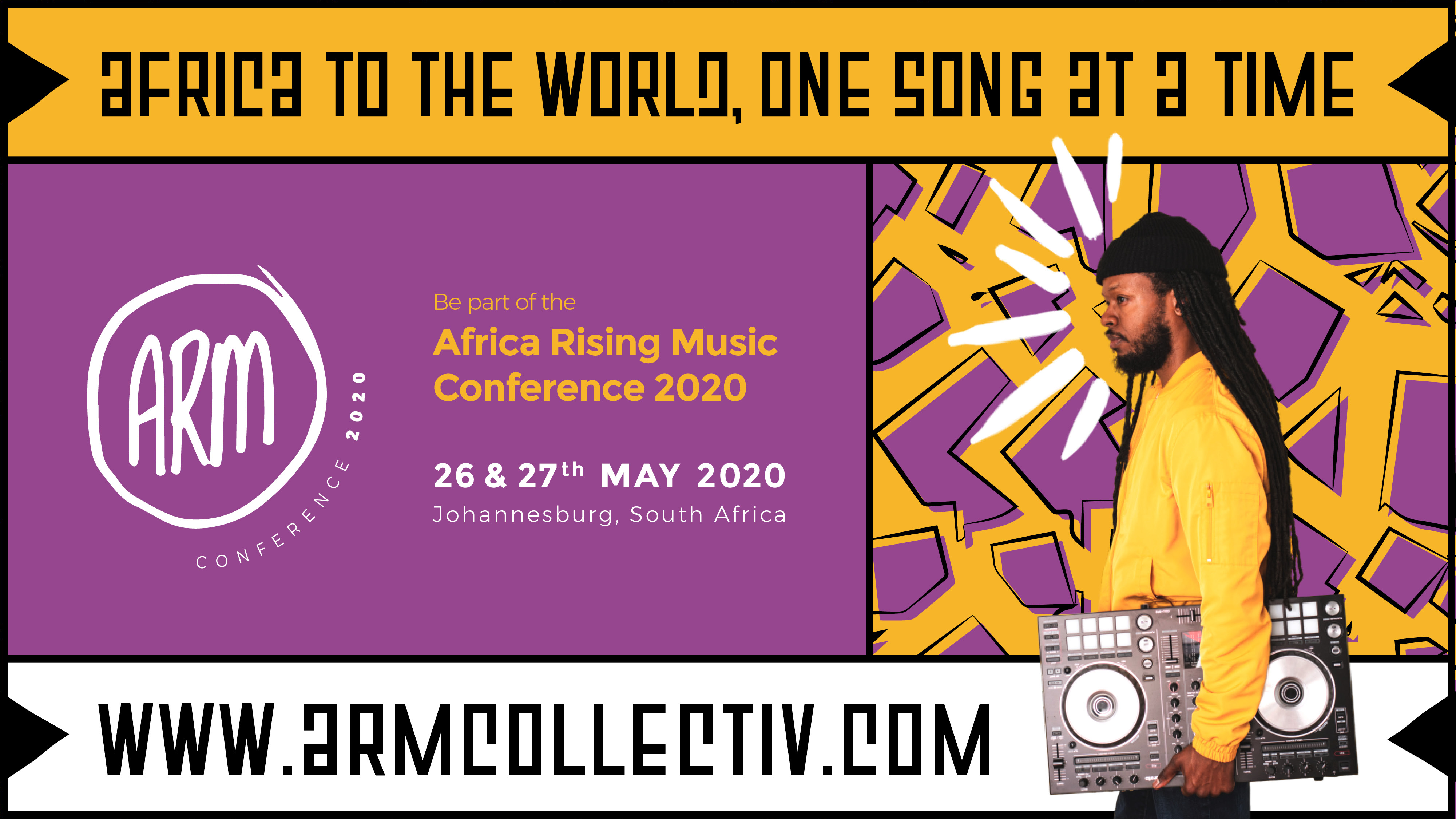 Africa Rising Music Conference (ARMC) is being presented by UK-based Manager and owner of SJN Agency. The first edition will be held May 27th to the 30th in Johannesburg, South Africa. Attendance will be by-invitation with a select number of public tickets available. The conference is proud to have showcase festival partner Bush fire Festival onboard, namely the “Top African Festival’ said BBC.

The aim of ARMC’s highly focused programme is to enable South African-based executives to successfully move into the international space as well as providing valuable insights and connections for international stakeholders who want to work in the market or who are currently working in the territory from a distance.

“We want to create a valuable space in which South African-based music industry executives can develop to a high level within the global industry,” says Sarah Jane Nicholson, of SJN Agency. “But we also want the conference to be a way of giving international stakeholders a real understanding of the market. We are positive that this exchange will help accelerate the development of the South African and African music market by developing real expertise that can compete on a global scale.”

“You only need look back at 2019 to see the influence of Afrocentric rhythms in club bangers and mainstream pop hits across the world,” adds Sarah Jane. “We believe that Africa is an area of untapped potential that will continue to go from strength to strength. Based on our collective experience within South Africa, across the continent and internationally, we have conceived ARMC as a way of bringing together stakeholders, all with the intention of increasing the impact of African music markets.”

The first edition of ARMC will focus on electronic & urban music. This is driven by Nicholson considerable expertise in the field, as well as forecasts for its growth, including IMS’ yearly report (2019) which found that electronic music will be worth nearly $9 billion by 2021 and will grow at a Compound Annual Growth Rate of +13% over the 2019-2025 period and the support of the Dutch Export Office.

ARMC will endeavour to unpack Africa’s market share amongst these figures and empower stakeholders with access to potentially explosive African markets. This will be done through highly focused sessions and speakers with valuable insights. Ralph Boege, Managing Director of Berlin-based Paradise Entertainment & Distribution, is already confirmed to share his experience across the EU and US markets. The Dutch Export office is proudly supporting us with a delegation of artists and executives, local partners across all major DSP’s to be announced and more.

Among the topics to be covered by ARMC will be:

• The growth of electronic music from Africa including key driving territories, genres, stakeholders and subcultures.

• Streaming: an opportunity or obstacle for African talent?

• Understanding the role of Mobile Networks in Africa.

• Taking Africa to the world, one song at a time. The Africa topline case study.

• Building a team in Africa, for the world.

As part of its commitment to developing the market, ARMC will also set up an international songwriting camp during the conference. Interested songwriters and publishers are invited to contact the organisers, and labels are kindly requested to send in song leads.

“The role of Africa as the world’s second-biggest continent and the enormous increase in interest in African music markets will also be a big subject of the conference,” adds Nicholson. “We will be looking at how technological development has significantly changed the landscape of the global music market and made Africa one of the most-promising new markets.”

Underpinning ARMC is a philosophical belief in music from Africa as Top 40-worthy, in many different markets around the world.

“We want to challenge the idea that artists from Africa produce ‘world music’ that is ‘exotic’ and sits outside the mainstream,” concludes Sarah Jane. “We’re not just passionate about South Africa because it’s where we’re from. It is the authenticity and creativity of the globally fresh sound this incredible country produces - one that’s unlike anything else in the electronic music landscape - that motivates us to share it with the world through ARMC.”